Non-disclosure agreements: Are they worth a razoo? 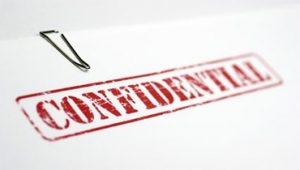 It’s been hard not to have missed the recent controversy over whether Donald Trump can enforce a Non-Disclosure Agreement (NDA) against his alleged former adult entertainment friend – Stephanie Clifford, aka Peggy Peterson, aka Stormy Daniels.

Stormy acknowledges that she signed an NDA and that she received a six figure payment under it, but says that she is not bound because the now POTUS did not sign the document. It appears it was signed by his then lawyer, Michael Cohen. On top of that, for some time the President denied any knowledge of any deal with Stormy, or the payment made to her. For some time that was corroborated by Cohen, who said he did the deal without Trump’s knowledge. She may be on to something.

Since then, the President has been dealing with the fallout from another NDA issue. The Trump campaign organization is suing Omarosa Manigault Newman, a former senior White House aide for alleged breach of an NDA she signed. She doesn’t seem perturbed. She’s published a book that describes Trump as unhinged and unfit for the Office and she’s on the road promoting it.

So, if those signed NDAs are not enforceable (clearly the women have advice that they aren’t) what value do they have and how can they be enforced?

Well-drafted NDAs (or Confidentiality Agreements) have a range of benefits and can save businesses and individuals from expensive disputes that may result in significant damage to reputation.

What are NDAs? In essence they are legal documents which identify certain information that has been, or will be, provided by one person to another. They set out how that information can and, importantly cannot be used. They don’t need to be long or complex. They routinely are bundled with restraint of trade (non-compete) obligations into other agreements.

For the most part, NDAs do work. Leaving aside the costs for the moment, courts routinely enforce the obligations against individuals who take confidential information and threaten to provide it to a new employer or a competitor, or publish, or threaten to publish, the information for some other purpose. Again, it would have been hard to miss the controversy and subsequent litigation between Amber Harrison and her former employer Channel 7, related to her breach of an NDA signed in connection with the alleged misuse of a company credit card and her allegations of an affair with Tim Worner, the 7 CEO. She signed the NDA as part of a settlement with 7, which obliged her to stay quiet about everything to do with her time at 7 and her alleged affair with Worner. It included non-disparagement obligations. She lost. Big time. Channel 7 claims her conduct in beaching and continuing to breach the NDA inflicted serious damage on it and its key management. The irony of the Amber Harrison litigation for 7, is that the disparaging material she published in breach of the NDA got even wider circulation in the press because it was aired in court.

If you have an NDA and it is breached, you will have to go to court and prove that there was an agreement, that it was breached and that you have (or are likely to) suffered financial damage. There have been many cases where ex-employees have left to work for competitors, taking existing client lists and other company documents with them, and who have been restrained from using this confidential information and ordered to pay damages and costs. If the restraint against them is reasonable, that will be enforced too.

So, if you’re a startup pitching to an investor, how much of your idea do you disclose to win them over? If you are presenting to a client for work, how much of your solution do you provide and risk not getting the work?

If you supply your NDA before you meet, it sets up an expectation that you have something of value and your investor, or potential client, is on notice that you are both professional and serious about how the negotiations should proceed and that there can be consequences for a breach. You have some rights that you can protect and enforce without an NDA, but having something in writing has got to be better than nothing.

In the meantime, we’ll keep an eye on Trump’s NDA cases with interest.