Who Lets The Dogs In? 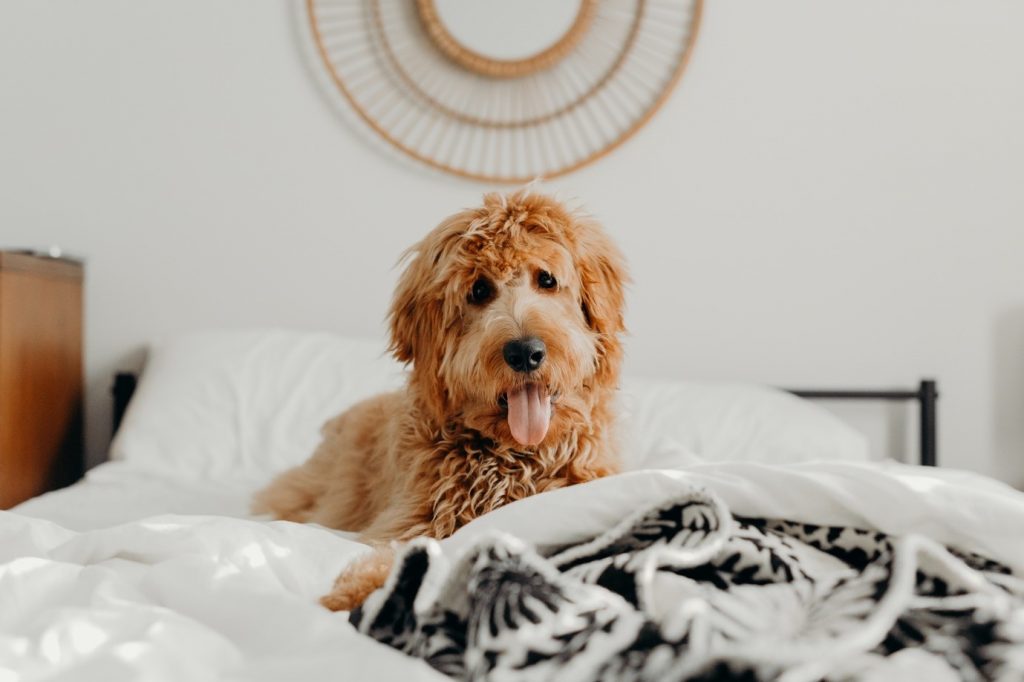 A landmark case, Cooper v the Owners Strata Plan No 58068 [2020] NSWCA 250, has ruled in favour of all NSW apartment buildings being unable to continue to create by-laws prohibiting animals. The recent Court of Appeal judgement found that the by-law on animals infringed the section 139(1) limitation that a by-law must not be deemed “harsh, unconscionable or oppressive”, and that the by-law restricted the lawful use of each lot due to a lack of rational connection with the enjoyment of other lots and the common property.

Johanna and Leo Cooper were owners of a Lot in a freehold strata scheme constituted by a 43-storey apartment building in Darlinghurst, commonly known as The Horizon. The by-law of their Strata Scheme stated that “an owner or occupier of a Lot must not keep or permit any animal to be on a Lot of on the Common Property”. The applicants kept their miniature schnauzer dog in their apartment which contravened by-law 14 of their Strata Scheme.

The applicants commenced proceedings in the NSW Civil and Administrative Tribunal (NCAT) seeking a declaration that the by-law was invalid. In first instance NCAT found the blanket ban on animals invalid. This was then overturned by the Appeal Panel of the Tribunal where it was held that the blanket ban on animals was valid on the basis that an owner assumes the responsibilities and obligations found in the by-laws of a strata scheme upon purchasing their apartment.

This was then overturned by the Court of Appeal.

Whilst this is a win for all animal lovers, what does this now mean for previous by-laws and opposing apartment owners?

Until changed, the effects of the current Strata Schemes Management Act 2015 (NSW) (“the Act”) will remain lawful. Under Section 156 of the Act it states that a resident can be removed from their apartment if they are found to be keeping an animal on premises where there is no by-law. If the Act is changed this section will become unlawful, but for now any by-law on animals in a strata scheme will be deemed invalid.

Section 158(1) of the Act states that where there is a by-law in place, a resident can lose the right to keep their animal if it is considered a nuisance or hazard to the owner or occupier of another lot or unreasonably interferes with the use of enjoyment of another lot. This section will most likely remain relevant regardless of the lift of by-laws. ‘Nuisances’ such as an aggressive, loud or destructive animal could become restrictions in order to maintain all occupiers’ enjoyment of the land. Though it will become difficult for those who have a genuine fear of dogs and cats, or an allergy to be protected at all.

It is important for owner’s corporations to pay attention to their by-laws and start to review and change any in relation to animals.

The Court of Appeal provided guidance on what may be deemed as valid by-laws, paying attention to the model by-laws set out in Schedule 3 of the Strata Schemes Management Regulation 2016. The two options they considered were:

The upcoming review of the NSW strata laws will provide more clarity surrounding the keeping of animals in apartments.

This ruling could spark greater implications to those living within communal spaces. We could definitely see alternative by-laws taken to court after the outcome of this case.

Surry Partners Lawyers can help you through the process.

This paper is a summary providing general information and is not specific legal advice. For more details, please contact: